Granta's 2013 Best of Young British with The British Council

Like all the best secret missions, this one started with an email. In early February 2013 I was approached by the literary director of The British Council about a top secret project in partnership with Granta magazine. The mission – if I chose to accept it – was to read Granta’s new 2013 Best of Young British (BOYB) list and create a set of teaching materials for The British Council designed for delivery in universities across the world to promote the teaching of contemporary literature.

The British Council is the UK’s leading cultural relations organisation. The Literature department works with writers, publishers, producers, translators and other sector professionals across literature, publishing and education to develop innovative, high-quality literary programmes and collaborations that provide opportunities for cultural exchange and mutual understanding at festivals, book fairs, conferences, workshops and standalone events around the world.

Granta is the quarterly magazine featuring the best new writing from around the world. It was founded in 1889 by students at Cambridge University as The Granta, a periodical of student politics, student badinage and student literary enterprise, named after the river that runs through the town.  During the 1970s, it was re-launched with ten international editions of the magazine in countries including Brazil, Norway and China.  Best of Young British Novelists lists were published in 1983, 1993 and 2003. Best of Young American Novelists were published in 1996 and 2007. In 2010, Granta 113: The Best of Young Spanish-Language Novelists was released, marking the first time in history that Granta’s Best of Young Novelists series looked outside the English-speaking world. Granta 121: The Best of Young Brazilian Novelists launched in 2012. Granta does not have a political or literary manifesto, but it does have a belief in the power and urgency of the story, both in fiction and non-fiction, and the story’s supreme ability to describe, illuminate and make real.

In partnership, The British Council and Granta wanted to commission a set of teaching materials based on the 2013 BOYB list, comprising two 90 minute lectures and powerpoints, twenty seminars and an introductory document. I chose to accept the mission. In six weeks, I would read twenty novels and write these materials on top of my own teaching, subject leading and the running of a new research centre. Somehow, it happened.

In early February, Granta called from a sealed room somewhere in London and read out the secret list with an even more secret set of rules. Each author on the list had been assigned a special number to avoid anyone intercepting the names on the list. I was not to communicate these authors or texts to anyone, or refer to them by name. I would deliver the teaching materials before the 15th April launch where I would meet the authors and hear the list announced live on BBC Radio Four.

In late February, I took delivery of twenty closely guarded novels from Foyles and began to slowly work my way through the towering pile. But with a growing sense of paranoia, and a number of press articles about my ‘secret’ project emerging, I became wary of keeping all twenty texts in a pile together (see pic below) and even of reading them on trains or in the office (too many literary colleagues). So the novels became scattered across my flat, turning my home into a Granta BOYB-style treasure hunt, and were largely read in the library, to ensure the list stayed as secret as possible. 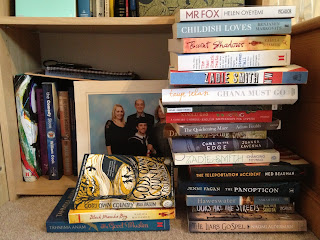 Reading the novels was probably my favourite part of this whole ‘job’. When do you ever get the chance to sit down and read twenty of the best new works in British fiction? Everyone should read a whole Granta BOYB list once in their lives, maybe just not in three weeks! Writing the materials proved harder – drawing together themes from twenty novels into one lecture, and a sweep of developments in C21 literature in another, proved a huge challenge. C21 literature is slippery by nature, resistant to catagorisation and enjoys playing at the edges of boundaries, thematic or otherwise. The texts of the 2013 BOYB are gloriously fluid and diverse and I hope this is something captured in the final teaching materials.

The announcement of the list at The British Council in London on 15th April 2013 was a great (and hugely oversubscribed) event, that united publishers, authors, publicists and staff from Granta. While the list was read out by Granta’s editor, there was a real sense of beginnings, of how these individuals would shape representations of the coming time and the world around us. As a celebration of the relevance of the novel form and the health of new writing, the launch party acted as a timely reminder of the vitality of British literature in the new millennium. 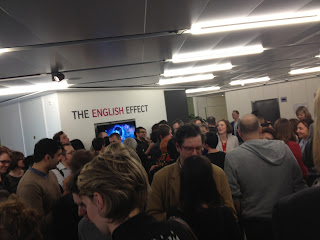 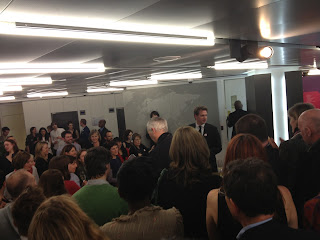 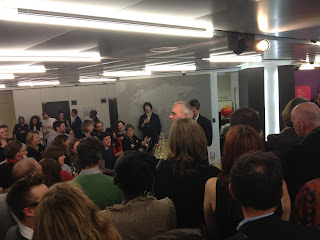 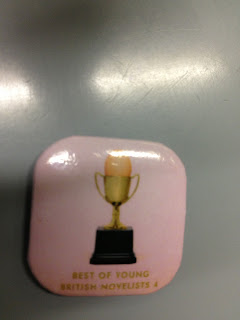 Everyone can pick up the 2013 BOYB novels and be guaranteed an amazing reading experience. I would like to thank Doug at The British Council and Saskia at Granta for offering support and Twitter-based enthusiasm for the duration of my secret mission. Hopefully the teaching materials will bring these texts to a host of new places and open them up to readers around the world. Granta and The British Council have done a fantastic job in collating the writers who will define the next ten years. As the authors head off around the globe and Granta takes to the road in the UK, watch out for the 2013 BOYB coming to a town or country near you soon. Mission accomplished.